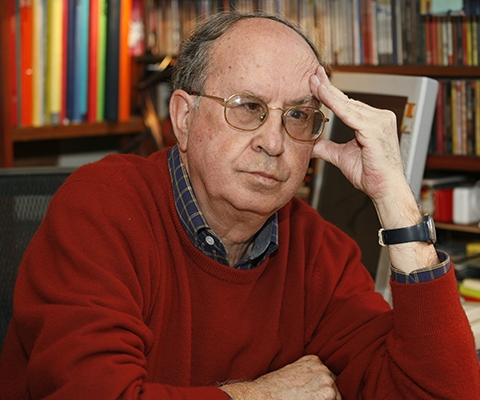 Born in Ávila, Spain in 1937, starting from his childhood, Martín Barbero, tells us how in post-war Franco Spain he considers himself to have transformed into Latin American through literature, philosophy and records that clandestinely entered the peninsula. Emigrant to Latin America confesses to having found a world radically different from the culture of its origins. In Rosario - Argentina - he received the first "Honoris Causa" doctorate from the many that he was awarded throughout his career.

With more than 40 years in the investigation Martín Barbero began his studies observing how people communicated in everyday life, as opposed to American theories, such as the Information Theory that was studied at that time.

J Martín Barbero became a Colombian national in 2003. He has been a professor at the Pontificia Universidad Javeriana de Colombia for several years. He has taught innumerable courses, seminars and conferences throughout America and Europe. On different aspects of his communication career and his thoughts about educommunication he was interviewed in his study by rededucom

The contribution of Martín Barbero to the argumental body of Educommunication, is the fine and bold perspective that deepens from media to mediations, enriching the communicative processes with the diversity of interactions, in scenarios, contexts and cultural manifestations, from what makes possible Think about forming social partners, committed to change.