We understand by perspective the contemplation of the world from a global and unitary point of view, from an articulating point of view   covering the whole picture; one of many approaches that favor the holistic conceptualization of a sea of diverse and convergent perceptions and views.

As we conceptualize the emphasis as the Importance that is granted to a topic, fact, principle, through expression, word or gesture, it is prioritized over other dimensions but is not fragmented from them, it is enriched by them, it converges with each one in their differences despite the nature of the various dimensions in which the person is integrated.

In the educommunication field, it is necessary to deal with an emphasis on educommunicative dialogue that promote participation, that integrate, transform and converge in the possibility of articulating views and not of intervention areas that can be understood in a fragmented, vertical way, imposed from outside.

Ismar de Oliveira argues that in order to better explain the scope of the educommunication paradigm1, areas of educommunication intervention are presented for didactic reasons, which are actually the emphasis or perspectives of a single reality, perceptions that when articulated constitute a whole, a single complex experience, integral and in continuous dynamism.

In this case study, we present the educommunicative emphases in the educational-communicative action, all the dimensions of the person are present, are connected and transformed as in a network of networks, but the nature of each experience makes it possible to show the educommunication accents in the which is developed.

The emphases enunciated here for didactic reasons and clarity in the educommunicative praxis, have in common the holistic, collaborative and transformative perspective in the improvement of the quality of life and network of relationships in which the person interacts and enters into relationship with society , culture, history and technology.

The educommunicative praxis favors the convergence and integration of all the dimensions of the person in relation to the other, history and the natural, human ecosystem. Among these, there are experiences that by their nature privilege the emphasis on: 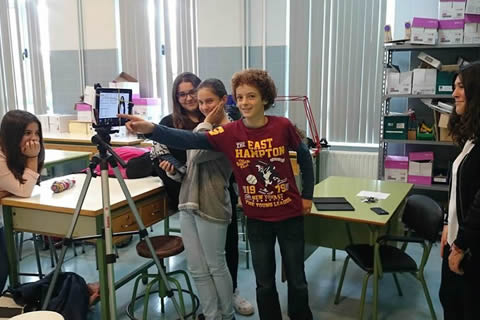 This perspective determines the incidence in the style of communication within the educational experience, which prioritizes an open, horizontal, democratic communication culture, in which everyone feels responsible and with belonging.

The educommunication emphasis, favor the development of collaborative strategies, the exercise of social skills, social leadership and civic responsibility, as well as training in critical thinking, balance in relationships and interactions that develop from group dynamics.

Prioritizes in pedagogical decisions the logic of the processes, the formation of educommunication ecosystems from the methodology, respect for differences and the enrichment of teamwork from the diversity of characters.

b. Education for communication: 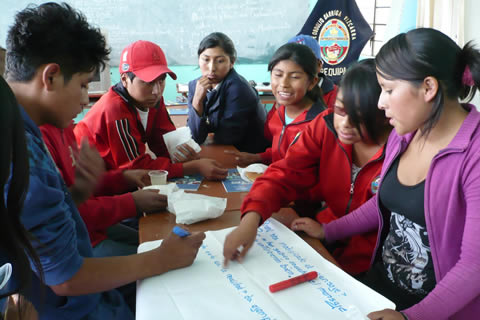 This emphasis recognizes the value of an education that forms for the critical reading of the media, a perspective recognized in the United States and Europe as media education or media literacy, it is indisputable to specify the importance of this emphasis in the development of educommunicative praxis, because It opens up the possibility of generating transformation and building networks based on the diversity of relationships that exist, from the digital network, as a meeting vehicle that prepares for proximity.

From this priority, the ability to read critical thinking in the face of the media is developed, as well as the democratization of opportunities, in the implementation of open, critical and social purpose training proposals, which promote the common good and the construction of a new communication order in contemporary history.2 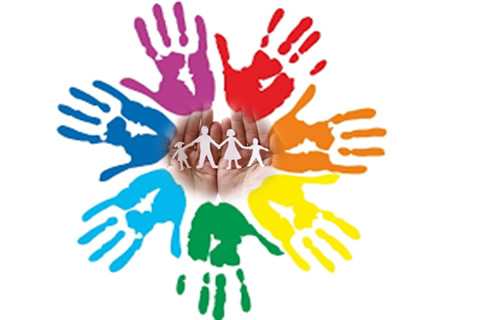 In this emphasis, the significance of expressions and art as a priority vehicle of communication is revitalized. This type of experience ensures the strengthening and opening of the "communicative coefficient" in all its manifestations.

The importance in the educommunicative praxis from this perspective ensures the possibility of apprehending the multiplicity of expression, which becomes a significant articulating resource of individual and collective expression based on the objectives set by the educational community, Institution, government. 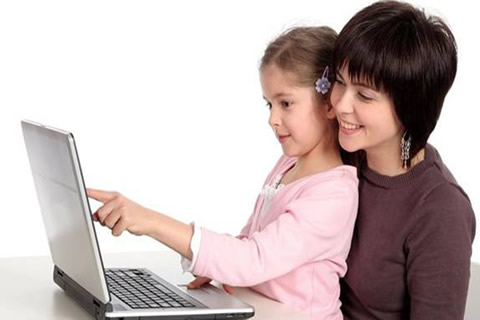 As an inherent need of the contemporary digital culture in which we develop, it is impossible to think about this paradigm without recognizing the vitality of the issue of technological mediation in relationships with people, which transform the encounter from the simultaneity of tasks, immediacy and convergence of competencies and communicative capacity that inevitably lead to transforming the communicative quality of people and societies.

Working in this emphasis is to ensure the integrality of a paradigm that promotes transdisciplinarity that overcomes the cooperative effort in the conceptual, affective, social, empathic and collaborative construction, to strengthen the new field of social transformation in which it interacts, from the participatory experience , with the new peripheries. (one)

The programs, experiences or projects designed from this emphasis promote training and strategies to dialogue with new technologies such as mediation, which will give significance and digital identity to children and young people, as well as belonging to the “global village” (2) of the world they inhabit, deepens human interaction on a global scale, generated by digital communication devices and media. 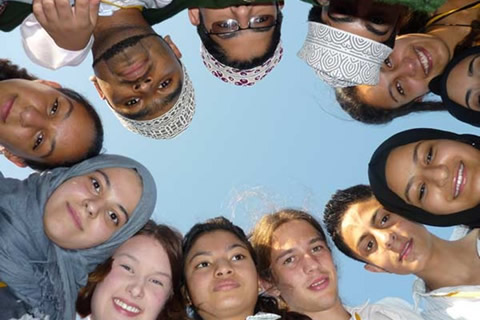 Citizen practice articulated in the formal or non-formal educational-communicative process favors the integral development of the person who learns in educational spaces the importance of social commitment and leadership, the significance of the training process will generate in this emphasis, the commitment to community leadership to achieve the common good and work for it (1) .

This emphasis on social-citizen commitment requires applying a flexible, inclusive, democratic methodological guideline that values dialogue as a meeting platform and respects the diversity of thought, ensuring that above all that which sustains the common good is chosen, the proposal is constructed looking at reality from the community, based on priorities, issues or specific problems that originate in the process and transform the contexts in which they develop, as well as leadership and assertiveness in all types of relationships (2) . 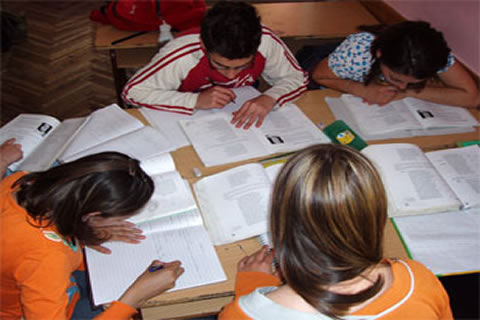 Emphasis developed in diversity of levels, experts, university students, young people of basic education, the research search from the collaborative methodology, makes this emphasis one of the priority spaces of educommunication argument with which it is possible to consolidate the consistency of principles of the emerging paradigm .

Specifically develops the deepening of the communication-education interrelation and the reflection on the coherence of the educommunicative action in action. (one) 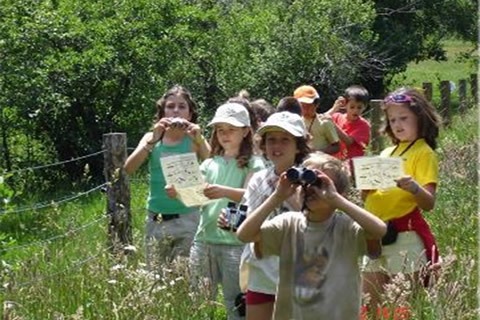 This is a new emphasis in the development of educommunicative praxis and it makes sense because it deals with the relationships between people and the environment. This in human ecology is perceived as an ecosystem that is built from the balance between actions, interactions and natural context, in which people and peoples develop, from existing social systems and environments. (one)

h. Communication with the transcendent: 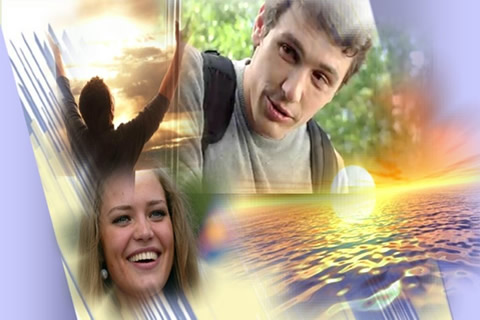 Thinking about the search for meaning of the precursors of educommunication, Freire and Kaplun, the emphasis on the transcendent reveals the importance of a look of integral formation and construction of educommunication ecosystems that are gestated in the encounter with that which transcends it.

It is about accompanying the experience of search and meaning with the higher being that transcends us, is inherent to the human condition, from an integral vision, which leads it to full realization in the immanent and transcendent dimension. Educating in communication with the transcendent requires keeping in mind what it consists of, that is, communicating, sharing, favoring procedures in which experiences are processed and emotions, values, feelings and convictions are correctly managed, as well as the ability to establish communication networks in the daily life of the educational process.

i. Management of communication in educational spaces 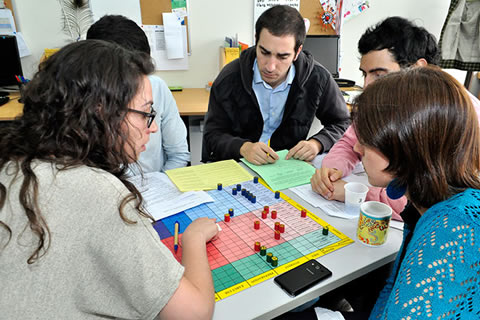 This emphasis is characterized by the approach to operationalize the principles in which the educommunication experience is developed, promoting co-responsibility, participation, interdisciplinarity, encounter, dialogue and listening in projects that articulate these principles favoring the formation of educommunication ecosystems characterized by the free flow of information, balance in relationships and interactions, as well as democratic action of resources.

This emphasis is not only referred to formal education, that is, schools, universities, institutes, it encompasses all types of educational space, including non-formal, in which it is possible to carry out experiences of proximity, relationship and transformation, developing respect for diversity, welcoming of the different and the simultaneity of scenarios in which people, cities, countries pass.

Without articulos to show
RETURN