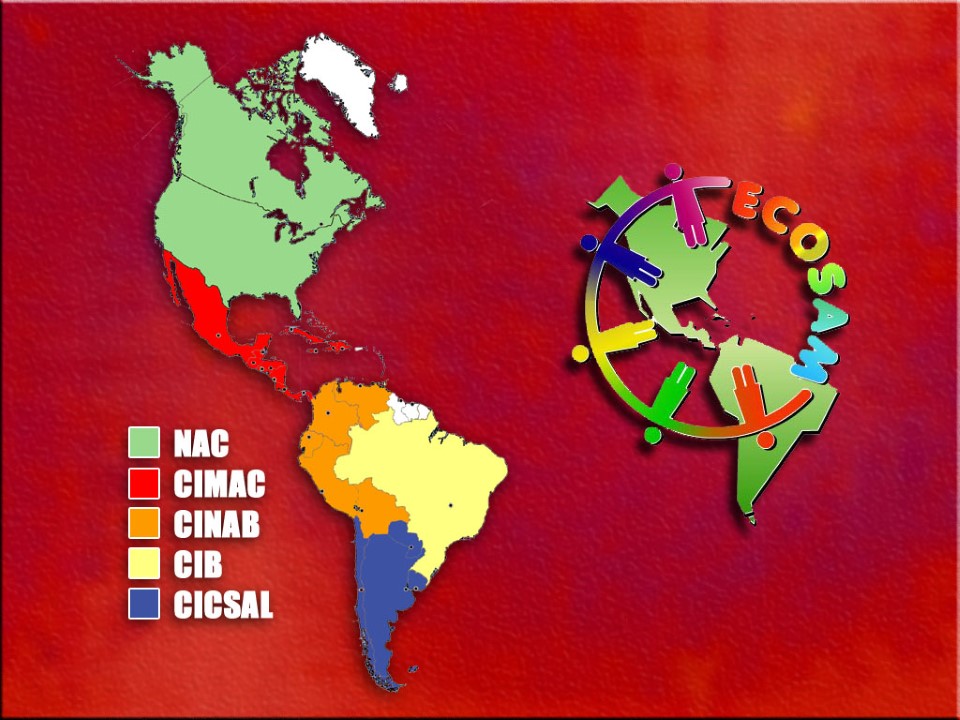 - Research collaboratively on the theoretical foundations of the emerging paradigm.
- Jointly develop action research that allows the construction of an educational communication plan for the Salesian family in America.
- To travel along the edu-communicational paths that contemporaneity brings with it.

In the American continent, where the globalized and mediatized society marginalizes and excludes large majorities, the mission of the Daughters of Mary Help of Christians as educators strives to make reality the convergence in the fundamental trinomial that sustains the educational mission: to enable the relationship Education-Communication- Citizenship, to form social partners based on a communicational ethic based on the gospel.

The Latin American and Caribbean reality of the beginning of the new millennium passes between the weakness of a fragile democratization, inserted into an economic project of planetary dimensions whose engine is information and communication technologies and whose tendency is to create global corporations that do not they respect the fundamental rights of the person.

Communication networks establish a new way of being citizens, of coexisting. They convert cities into tele-cities, create a new "electronic" human being, bearer of multiple systems-prostheses added to their bodies, equip houses with "family multimedia" that transform homes into terminals connected to global electronic systems, such as telephony, television, computer modems, printers, fax ... Everyday life is totally permeated by electronics.

The immateriality of the virtual spaces that the new communication technologies bring with them, increasingly, present imaginary universes with which we relate not as we did with the "fantasy worlds" of the past, but assuming them as real universes. The great revolution of the person-world relationship in the highest spheres of technology is that our fantasies, the worlds that populate our imaginations, everything that was only ours and personal, is now collective, real and interactive.

These three great nuclei determine the transits in which the collective imagery in America is mobilized in which they must exercise the educational mission, challenges of pluriform contexts that have in common the search for meanings, the convergence of views and the significant appearance of the predominant role of communication and its processes in the framework of relationships, actions and transformations that should take place in favor of new generations.

The coordinators of the Social Communication team of the Daughters of Mary Help of Christians in the countries of America carry out a serious investigation inspired by the "action-reflection-action" methodology in their mission of coordinating the work of Social Communication in the different regions of America. And, at the same time, have a sufficiently validated starting point, which contemplates theoretical arguments and the systematization of ongoing experiences, including those that are to come.

The development of the investigation was established as a collective construction that involved: looking for coincidences, debating positions, looking at the work being done in the continent and making a Salesian reading of it to be presented at the II Continental Meeting of Salesian Education.

Identifying as a result of the experience the Continental Educommunication Plan that will become a guiding reference and stimulus to live the educational-communicative mission in dialogue with contemporary culture, working as a network and expressing an inculturated educational mission at the service of life.

- Raising awareness among educators in the educational communities of America on the emerging paradigm and its significance in the Salesian educational mission.
- Participation in workshops for reflection and socialization of the educommunicative praxis in the diversity of contexts in which it takes place.
- We have continued training, reflecting and investigating since the current scenarios and the theoretical and technological advances produced in this field do not allow time to stop this search.