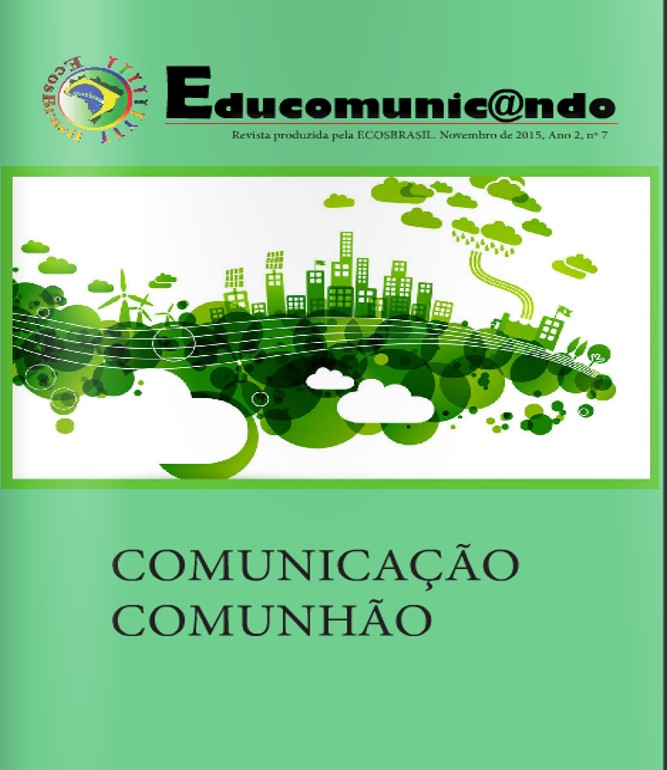 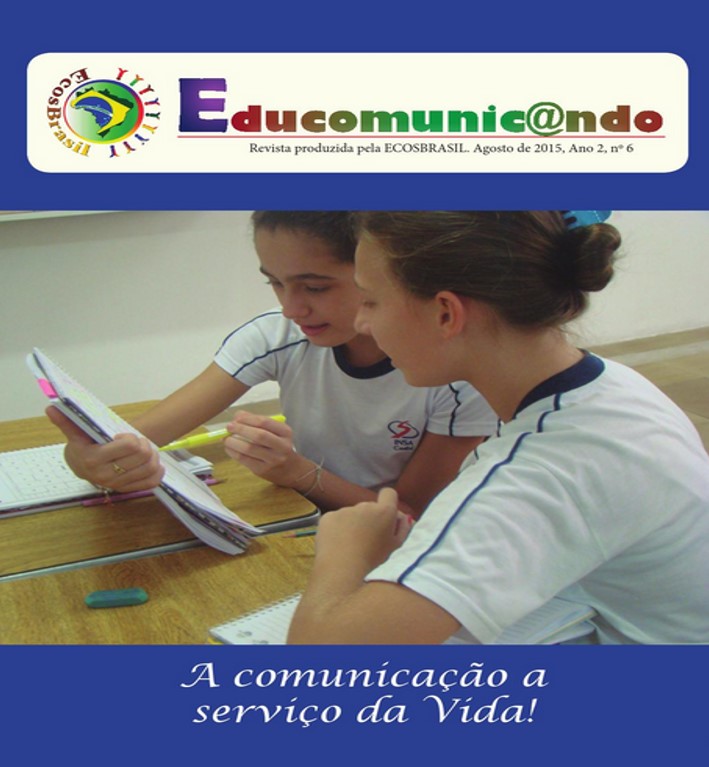 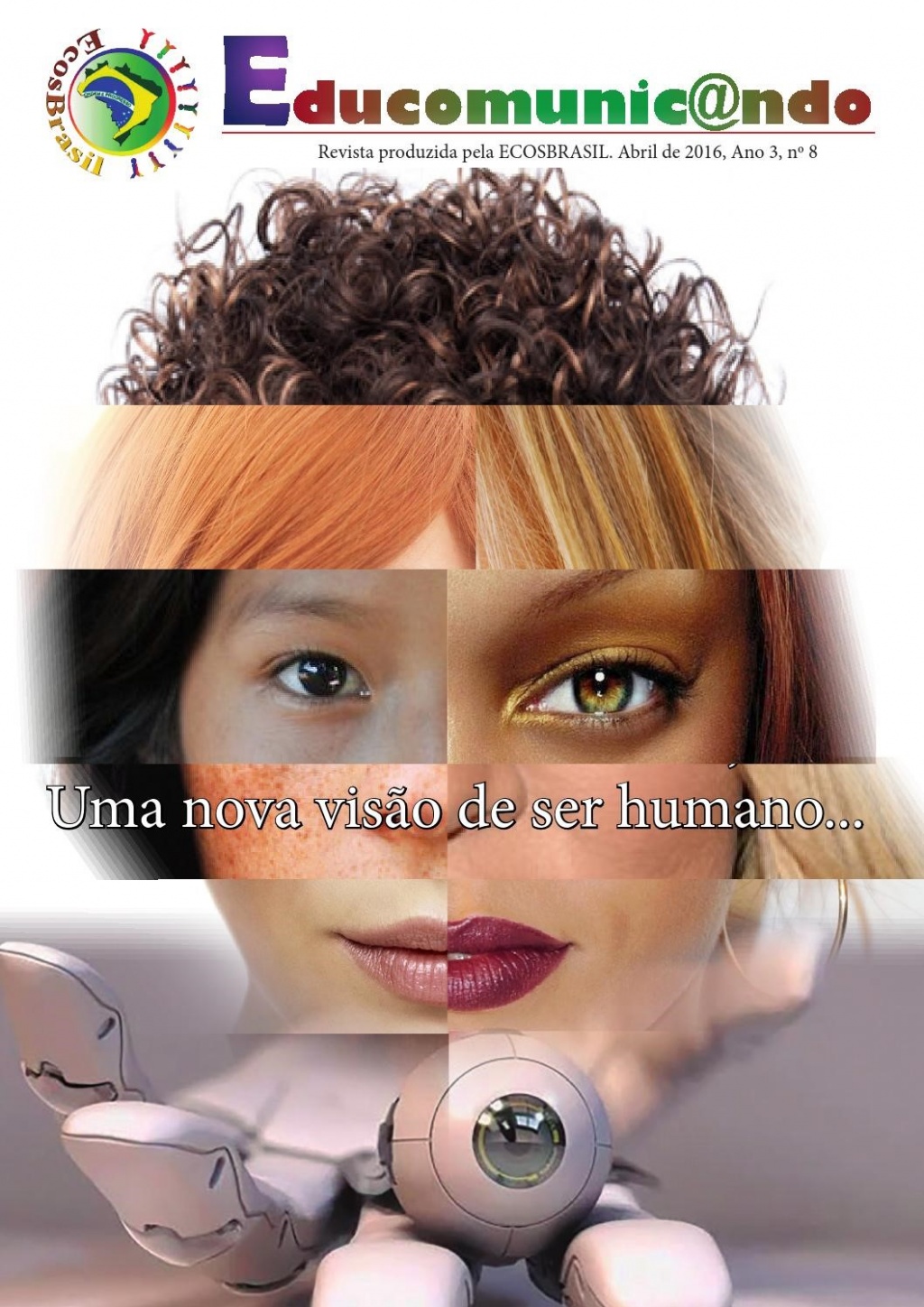 Systematize and socialize the educative experiences carried out by the Daughters of Mary Help of Christians in Brazil;

* Produce and disseminate an online magazine, in which educational experiences and studies carried out through scientific articles are presented;

* Use social media to socialize the experiences, so that educators have access to the material;

* To encourage among educators the development of new projects in the educommunicative perspective;

In 2002, the Institute of the Daughters of Mary Help of Christians (FMA) took on Educommunication as a guideline and educational practice. Since then, many studies and projects have been carried out in the most different realities of their presence in Brazil and in the world.

In 2010, the Salesian School Network in Brazil took Educommunication as a challenge for the entire Salesian Family, since the educational-evangelizing mission fundamentally needs this dialogue, this convergence from the communicational point of view for it to be successful.

This movement of study by the group provided a revitalization of educommunicative practices, causing several projects to appear, or become visible, with different approaches both in schools and in the social works of the Daughters of Mary Help of Christians.

The world we live in is highly marked by communication and children, adolescents and young people, in a special way, are immersed in this new environment. It is not just about living in a time of great social or cultural changes, it is above all an anthropological change, which generates a new way of being, acting and thinking. This inevitably leads to rethinking the way of building interpersonal relationships, to a critical reflection on methodological practices, in short, to a questioning on how the educomunicational ecosystem is managed in the educational environments in which it is inserted.

It was noticed that in Salesian schools and works many practices already put into action had all the characteristics of an educommunicative experience, but were not yet systematized or treated as such. Thus, at the end of 2014, a process of systematization and organization of these experiences began, with the objective of making the educomunicative intentionality more evident and, at the same time, professionalizing and enhancing what was already being done.

To facilitate this process, the bimonthly magazine “Educomunicando” was created. When carrying out this systematization work, the Communication coordinators also have the possibility to evaluate the experiences, to look in a critical way and to contribute to a greater professionalization of the projects.

Educomunicando magazine was created in October 2014, the result of the common desire of Ecosbrasil members to start a process of systematizing existing experiences. For this purpose, the systematization model suggested in the ECOSAM- (Social Communication Team of America- of the FMA) was used. From this sheet (attached), each coordinator began the work of learning about the experiences existing in their Province, contacting the local Communication, Pastoral coordinators, with the

schools and social works. Once the initiatives were identified, each coordinator went to the task of verifying if there was already some form of systematization, or not. In most cases, then, together with the people who carried out the projects, the systematization process was initiated. And at this point, there is the great difference of the project, because when systematizing what was being done in practice, educators automatically become aware of the intentionality that needs to exist so that their practice stops being a series of sequenced actions and passes to be in fact, to be an educommunicative project.

The methodology used to carry out the systematization is, therefore, dialogical, analytical and part of the reality of each educational unit. It is based on the assumption that the Provincial Communication Coordinator develops or starts to develop monitoring, offering elements for educators to perceive themselves as educated communicators and to be able to look critically at the work done.

To support this process of systematizing experiences, other initiatives at the local, provincial and national levels were also put in place, especially with regard to training. At the local and provincial level, it was proposed to study the book Youth Cultures from the perspective of Educommunication, which took place through formative meetings, seminars, reading and study groups, among other activities. At the national level, the Salesiana Brasil-Communication Network offered in 2016 the Educommunication Course, being of short duration with 20h and online. These and other initiatives seek to offer educators the opportunity to deepen this new area of knowledge.

In order to build the magazine, the team of Provincial Coordinators cultivates a relationship between help, synergy in the sense of mutual collaboration so that the result is the best possible. The shares held at national meetings are important to align the style of work and also to discover new possibilities for action with each other. Difficulties are also shared and new proposals emerge in the dialogue. It is a team work, embraced by all and that reveals the common desire to create communicative ecosystems rich in life and protagonism.

Finally, in order to give visibility to this process, according to a schedule at the level of Brazil, the experiences are collected and presented in Educomunicando magazine, which circulates nationally through e-mails, social networks, especially Facebook and the ISSUU platform.

The movement created by the process of systematization and dissemination of educommunicative experiences generated great interest from educators in relation to the theme “Educommunication”. Generally, when this area of activity was presented, educators had great difficulty in understanding how it could be put into practice. It sounded like something distant, or else it seemed that everything that was done was already Educommunication. By stopping with concrete experiences, it was possible to realize that not everything that is done is Educommunication, that there is a methodology, a didactic, a process that needs to be thought and consolidated. But at the same time, educators were able to realize, that it takes place

in a concrete way, with projects that need to be thought and managed with educommunicative intent.

The creation of the magazine allowed that in addition to having a space for the socialization of educommunicative practices, a space was also made available for the publication of articles produced by the Salesians on the subject, thus stimulating the continuity of research and studies related to Educommunication.

It is difficult to specify an average number of the magazine's reach, since it is disseminated, in various ways, in some units, for example, the coordinator receives the magazine online and prints it to disseminate among educators. But it is possible to say that it should reach almost all schools and social works of the Daughters of Mary Help of Christians in Brazil and also disseminated by other groups that work in an educommunicative line such as the Brazilian Association of Educommunication - AbpEducom.

The resonances are very positive among educators and whenever the experiences are disseminated, the people involved are very motivated to continue and further qualify their work.